We are very fortunate to have a wealth of experience and influence to call on to guide the charity and ensure its proper governance. Below are listed our current board but we also acknowledge the many others who have served and supported us over the year.

The charity is delighted to have the patronage of four senior people who have been involved in guiding education at a national government level including two of our former Chairs.

Pro Vice-Chancellor Sunderland University and Chief of the Strategy Board at the Institute of Effective Education, University of York.
Estelle Morris was elected to Parliament as Member for Birmingham Yardley in 1992. Formerly a teacher in the West Midlands, Baroness Morris taught for 18 years in an inner-city comprehensive school in Coventry. She also served as a Councillor on Warwick District Council for 12 years, for eight of these as Labour Group Leader.

She moved to the Whips Office in 1994, where she served for one year, before moving to Labour’s Frontbench Education Team as Shadow Parliamentary Under-Secretary of State for Schools and Early Years.

She was Secretary of State for Education & Skills from June 2001 to October 2002, and then after a brief period in the back benches she became Minister for the Arts from February 2003 until the 2005 election when she stood down as an MP.

In the summer of 2005 she was elevated to the Lords and became Baroness Morris of Yardley. She became chair of the e-Learning Foundation in January 2003 and stood down in September 2006 but remained as a Trustee until April 2008 when she became a Patron of the charity. 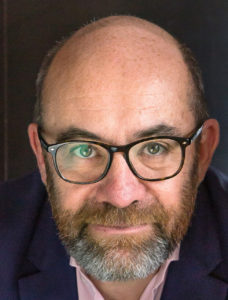 Jim Knight works in education, digital technology and as a legislator.

He is a director of Suklaa Ltd, providing advice services to UK and international clients working in technology for education and learning, international schooling, and teacher engagement.  Jim also regularly speaks and facilitates events for a range of clients, adding to Suklaa’s expertise in increasing the engagement created by education events.

Jim worked for many years as the Chief Education and External Officer at Tes Global Ltd. In over six years he co-founded Tes Institute in 2014, which is now the fifth largest qualifier of teachers in England; he has also managed Tes Resources, a global teacher community of 13.5 million users.

Jim is also one of the founders of XRapid Group, a French/US business using iOS devices to power microscopes with artificial intelligence.  Current applications for their technology include the diagnosis of malaria in blood and of asbestos fibres and mould spores in air samples..

As a UK government minister and MP, Jim’s portfolios included rural affairs, schools, digital and employment.  He was a member of Gordon Brown’s Cabinet 2009-2010, before joining the Lords after the 2010 General Election.  He is the Honorary President of COBIS, is on the Nord Anglia Education Advisory Board, sits on the Global Advisory Council for BETT, and is the Chair of CAST (Centre for Acceleration of Social Technology) that is leading on the shift of the charity sector into the use of digital tools and approaches.

Born in 1943, and married with three children, Lord Mitchell was one of the founding Trustees of the e-Learning Foundation in 2000 and was Chairman from 2006-2010. He was Chairman of Syscap plc, an IT service provider until August 2006. Elevated to the peerage in 2000, he has sat on the Science and Technology Select Committee and campaigns on technology in education, foetal alcohol syndrome and pay day loans. In 2012 he became a Shadow Business Minister for the Labour Party.

Phil Willis was Chairman of the e-Learning Foundation from 2010 – 2013 and a Trustee from 2004. He is a former Liberal Democrat Member of Parliament for Harrogate and Knaresborough and Chair of the House of Commons Science and Technology Committee. He was a member of the Education and Employment Select Committee until November 2000, and is a vice-chairman of All-Party Groups on pluralism in education and further and adult education. He chaired the group on mobile communications and was treasurer of the All-Party Group on medical research.

A former Leeds headmaster, Phil Willis was principal Education and Employment spokesman in Charles Kennedy’s “Shadow Cabinet”, from 1999 to 2005, after being Further and Higher Education spokesman as deputy to Don Foster. His special interests include special education needs and inclusion in education. He is a keen supporter of Leeds United FC.

The main governing body of the charity is made up of our 6 Trustees who bring a wealth of experience in a variety of specialist areas, all of great value to the Foundation.

Niel McLean - Chair of the Trustees

Managing Director Niel McLean Associates Ltd
Niel has over thirty years’ experience in the education sector. He held senior roles in a number of national education agencies and for the last 20 years he has been promoting and supporting technology for learning, including establishing the ICT Mark for Schools. He has managed national programmes, multi-million pound budgets and large teams, ensuring effective delivery and value for money.

He led the Home Access programme reaching over 250 000 low income families and has worked in the private sector developing new online educational business. He led the Futurelab Research Centre at NFER and the education team at e-skills UK. His current projects include working with Nesta to increase corporate volunteering to help young people develop digital skills, the Publishers Association and Besa on the quality of computing teaching resources, and Computing At Schools to support the new curriculum.

David is Managing Director, Cross Industry Solutions at Microsoft where he leads engagement with various companies, organisations and agencies around Digital Transformation for sustainable development. Previously he was Managing Director – International Organizations and led the global team responsible for engagement with multi-national governmental organisations and agencies. Prior to that, he was Managing Director, EMEA Government, WW Public Sector. Other previous roles include Senior Director for business strategy and marketing in the UK Public Sector division; and Director of UK Education/Voluntary markets.

With over 30 years experience in the IT industry, David joined Microsoft in 1991, holding a range of management positions covering Channel Partners, Consulting and Support Services, Skills and Training and the Small Business segment. David also spent time at the company’s European HQ working on European Service and Support programmes. Previously, David was with Digital Equipment Corporation in sales management roles; and prior to that, with Olivetti, in a variety of technical, pre-sales and sales roles.

David is a past serving member on a number of UK Government advisory boards. From 2003-2011, David was a non-executive director of UKERNA/Ja.Net (the provider of the SuperJANET UK education and research high speed network), he is a past Chair of Trustees of the Learning Lab and is a current trustee of the Learning Foundation. He is a past member of the ITCESSG, a task group within the Information Age Partnership looking at IT Skills as part of the National Skills Task Force, a board member of CC4G (Computer Clubs for Girls); a past member of the DELG Task-Force reporting to the National LSC (Learning and Skills Council) on workplace learning using technology and was appointed as a member of the MOD Defence Education and Skills Advisory Board. In recognition for ITC related services to UK Education, David was made an Honorary Doctor at Sheffield Hallam University (2006) and Wolverhampton University (2008).

Dominic Norrish (@domnorrish) is a former history teacher, school leader and educational technology consultant and is currently the Group Director of Technology at United Learning, a national group of over 60 maintained and independent schools. He has written extensively on the intersection of learning and technology for the press, in the book ‘Educate 1-to-1’ , on his blog at www.domnorrish.com and regularly advises start-ups in the edtech space. His current interests include the potential for AI to impact on teacher workload and on our analyses of data about learning. 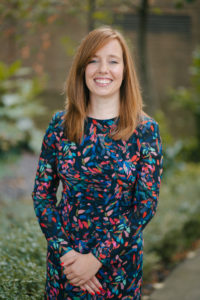 Ilona’s passion in life is in helping people to develop their abilities and realise their goals. She is a specialist in digital learning and technology after igniting her passion for education and technology as a teacher in the UK and Italy with time overseas to research EdTech in Latin America and South Africa. Her passion to understand the impact of technology on how we learn has taken her all the way to Cuba and was appointed a fellow to the Royal Society for the Arts for her research on the technology adoption in developing countries. She has worked as a consultant for 5 years at PwC, and in an EdTech start up in London as Head of Presales consulting, and is currently working for Duke CE as a Leadership Development consultant specialising in Leadership for the Digital Age. 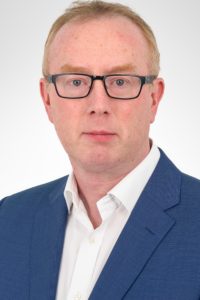 Tom Kane is a Chartered Accountant who has held senior finance positions in a range of businesses in Asia and Europe including, General Motors, NewsCorp, Lehman Brothers and the Bank for International Settlements in Basel.

Tom now provides advice and support to a number of companies and start-ups, mainly in the technology and real estate sectors.

Tom is passionate about helping the Learning Foundation to develop its offering and his children attended one of the Foundation’s partner schools.

As well as a Board Member, Tom supports the Foundation as Chair of the Finance committee.

Valerie was the founding CEO of the e-Learning Foundation between 2001 and 2015, when she retired. Following that she was involved in the Sadiq Khan London Mayoral campaign, and has worked as a volunteer for Citizens Advice in Esher for the last 5 years as a debt advisor and fundraiser. She is also Trustee and Treasurer of her local choir.

With a science degree from Cardiff University and an MBA from City University (now CASS Business School), Valerie spent the first 20 years of her career in the private sector as a Marketing specialist in the business to business sector (Telecoms, Bricks, Trade Shows, etc). Since 1995 she has set up and run two highly successful not-for-profit organisations. Business Link in central London specialised in support for SMEs and the e-Learning Foundation helped disadvantaged children overcome the digital divide.

Keep Updated with Us and our Work at Learning Foundation